Instead of replacing the 14 year-old chiller plant, LumiLEDs assigned BBP to optimize the existing system with the goal of achieving lower energy consumption. BBP system is helped LumiLEDs’ central chiller plant achieve an efficiency of 0.64 kW/RT by improving its performance with 27% . This led to LumiLEDs saving over S$700,000 in annual energy costs. The project also resulted in LumiLED’s winning the BCA Green Mark Platinum Award in 2015 where BBP acted as ESD consultant.

Letter of reference from LumiLEDs 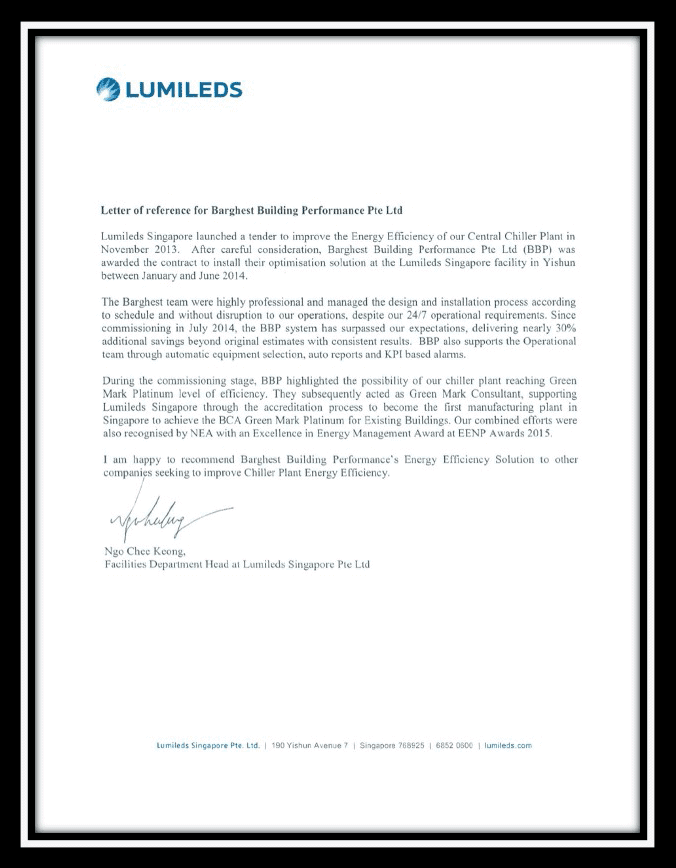 Back to Track Record

Wondering how much you can save?

Schedule a call with us today to talk about your energy consumption.

Get in touch
Scroll to Top