Poyan Rajamand advised Singapore Government Agencies on Green Financing and has been in continuous discussion with Government Linked organizations. 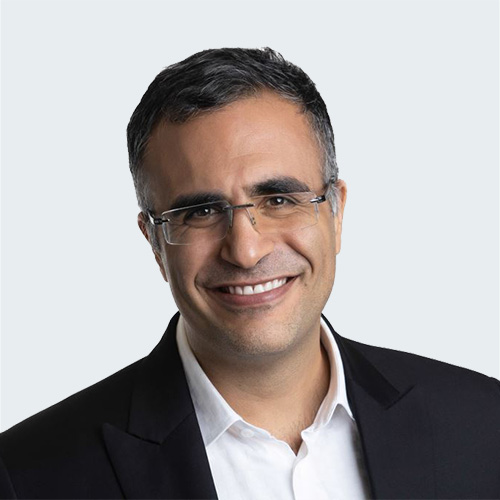 He has a finance background in debt origination at JPMorgan, with a deep understanding on how banks approach debt financing and risk mitigation. Mr. Ong has also received education in ISO 50001:2011 Energy Management Systems.

C.V. Kumar has over 22 years of expertise in HVAC, Electrical, Controls and Instrumentation space. He is a Senior Energy Management Professional and accredited QuESS.

C.V. Kumar has over 22 years of expertise in HVAC, Electrical, Controls and Instrumentation space. He is a Senior Energy Management Professional and accredited QuESS (formerly known as KQP) as well as a BCA Registered Energy Auditor who has helped many buildings achieve Green Mark Platinum, Goldplus and Gold awards. Mr. Kumar has overseen major HVAC systems implementation (Design and Built), Energy Conservation projects, Thermal Energy Storage systems as well as Testing and Commissioning in Singapore, Thailand, Malaysia and China.

He is a member of American Society of Refrigerating and Air-Conditioning Engineer (ASHRAE) and Senior Member of Association of Energy Engineers (AEE). He is also a BCA certified Green Mark Facility Manager. 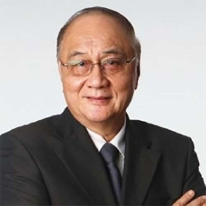 A well-known corporate figure in Singapore, Mr. Ang brings many years of rich experience in the manufacturing and services sectors, including the chemicals, electronics, engineering and construction sectors. Mr. Ang started his career at the Economic Development Board after graduating from the University of Hull in the UK. He joined DBS Bank at its inception in 1968 and pioneered its investment banking division. For 28 years since 1974, he was the CEO of NSL Ltd (formerly Nat Steel Ltd) before retiring in 2003 and stayed as its Executive Director till 2010. He currently serves as the non- Executive Chairman of Sembcorp Industries Ltd as well as Director in GIC. He was formerly Chairman of Singapore Telecommunications and Singapore Post, Non- Executive Chairman of Global Logistic Properties Limited, Vice Chairman of Neptune Orient Lines Ltd and Director of DBS Bank, CIMC Raffles Offshore (Singapore) Limited and k1 Ventures Limited.

Mr. Ang is currently an investor in Barghest Building Performance Pte Ltd and the chairman of its board.

Dr Kwa was formerly the Chief Executive Officer of NSL Ltd and during her 23-year tenure, served as Chief Operating Officer and Executive Vice President of Technology, responsible for the R&D, IT, Energy & Environmental investments and strategies of the NSL Group. Dr Kwa was the Chairman of Raffles Marina Holdings Ltd for 12 years and was a member of the Board of the Groups companies in Australia, Thailand, China and Malaysia.

Dr Kwa is a member of the Management Board of the Energy Studies Institute, and the Technology Advisory Panel of Sembcorp Industries Ltd as well as the Inland Revenue Authority of Singapore. She is a member on the panel for Quality Assessment Framework for MoE in Singapore. She is on the Boards of Southern Steel Berhad in Malaysia and Barghest Building Performance, Singapore.

Dr Kwa served as Chairman of the National Energy Efficiency Committee for Industries in Singapore from 2000 to 2009, and as a Panel member of the 2009 Inter Ministerial Sustainability Green Plan for Singapore. She is currently a member of the Steering Committee of the Singapore Certified Energy Managers’ Programme.

Dr Kwa holds a BSc (Honours) in Mechanical Engineering and a PhD from the University of Leeds, United Kingdom.

Neal Kok joined KKR in 2014 as part of the private equity team. Previously, Mr. Kok worked at Australian advisory firm Treadstone Partners, and prior to that in the investment banking division of Goldman Sachs (Sydney). He holds Bachelor of Laws (Hons) and Bachelor of Commerce (finance and accounting) degrees from the University of Notre Dame Australia.

Ashish Shastry joined KKR in 2016 as a Member and Head of Southeast Asia. Mr. Shastry started his Asian private equity career with TPG Capital in 1998. By the time he left TPG in 2011, he was a Partner and the Head of Southeast Asia. Mr. Shastry then served for five years as a Managing Partner of Northstar Group, managing over US$2 billion in private equity and venture capital funds with a focus on Southeast Asia, particularly Indonesia. He began his career at Lehman Brothers in New York and graduated from Princeton University with an A.B. degree in economics (with honors).

Mr. Eric Gregoire serves as the Chief Executive Officer of Goodpack IBC Pte Ltd. since 2017. Mr. Gregoire is a seasoned executive with over twenty-five years experience in the Manufacturing/Chemical Industry. His career with Private Equity held companies started in 2010. He served as the President of Europe and Africa region at Columbian Chemicals Company Inc., a One Equity Partners portfolio company where he served also as Board member of Alexandria Carbon Black Co. SAE, which is part of the Aditya Birla Group.

Mr. Gregoire began his career with DuPont in 1992 as a Sales Representative in Turin, Italy. He held positions of increasing responsibility within several functional areas across multiple countries, his last position held at DuPont was Industrial Marketing Director Europe and Country Manager Italy for the Engineering Polymer business.

Prior to joining Goodpack, Mr. Gregoire was based in Munich as President EMEA for Coveris, a Sun Capital Partners portfolio company.

Dr. Richard Hu Tsu Tau was Chairman and Chief Executive of the Shell group of companies in Singapore from 1977 to 1983. He entered politics in 1984 and was Minister for Finance from 1985 to 2001. He also held Cabinet posts in National Development, Trade and Industry and Health. Prior to his ministerial appointment, Dr. Hu was Managing Director of the Monetary Authority of Singapore (MAS) from 1983 to 1984. He retired from government in 2001.  Prior to his retirement as adviser to GIC’s Group Executive Committee in 2011, Dr. Hu was chairman of GIC Real Estate from 1999 to 2009.  He was also previously Chancellor of the Singapore Management University, Chairman of Fullerton Financial Holdings and Chairman of CapitaLand Limited. Dr. Hu is presently Senior Advisor to the Frasers Centrepoint Board.

Dr. Hu is currently an investor in Barghest Building Performance Pte Ltd and and an advisor to its board.

Captain S.P. Singh is acting chairman of BBP in India.

For over three decades Captain Singh has actively been bringing new technology and promoting business in India. Captain Singh has Experience in airborne geophysical surveys, minerals sector, renewables and manufacturing and is passionate about using Energy Efficiency to help the sustainability agenda while solving the power shortage challenges in India.

Get better results by upgrading today!